Dust extraction on an overhead router

Trenching operations are carried out on a woodworking router to make footboards for tram and train drivers. The trenching operation forces chipboard and wood dust to be thrown sideways from the router. Trenching is a common process and an excessive amount of airborne dust is created when the task is carried out.

The airborne dust is a hazard to the carpenter that operates the router. Also, the dust which accumulated in the workshop made the area a fire hazard and unpleasant. A dust extraction system was in place on the machine (behind the cutting head) but it was ineffective for trenching tasks.

The prototype was a success in collecting almost all of the dust ejected sideways during the trenching operation. Consequently, a galvanised steel version of the chute was built by tradespeople in the workshop. This chute has been used on all trenching operations since its introduction. 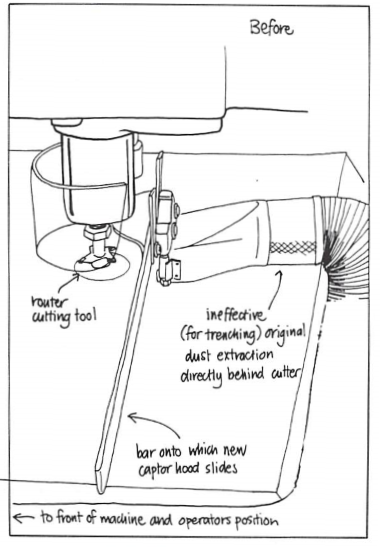 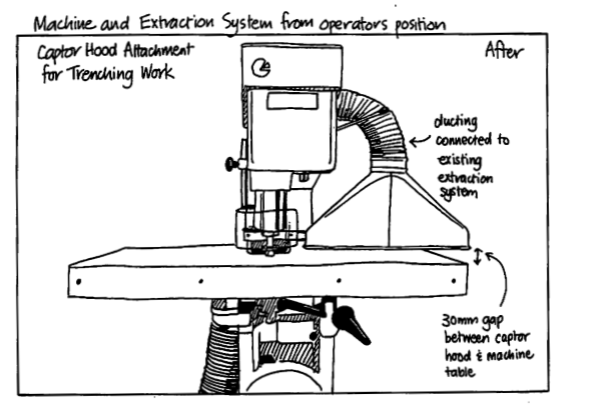