In an aircraft, hard chrome electroplating is used to protect various components from corrosion. During the electroplating processing, large quantities of hydrogen and various chromates (including chromium VI compounds) are released into a worker’s breathing zone. Initially a local exhaust ventilation system (LEV) was installed to remove vapour from the surface of the electroplating solution to an extraction system located at the rear of the tank.

Consultation between the health and safety representative and the supervisor resulted in the plating tank being converted from an LEV system with rear extraction (“pull”) to a “push-pull” LEV system. Vapours are ‘pushed’ away from the operator towards the direction of the rear mounted extraction system. This airborne contaminant control strategy effectively reduced the measured chromium VI compounds in a worker’s breathing zone to 0.03 mg/cubic metre.

It should be noted that “push-pull” local exhaust ventilation systems require constant monitoring to ensure their efficiency. Several factors may influence their operation. 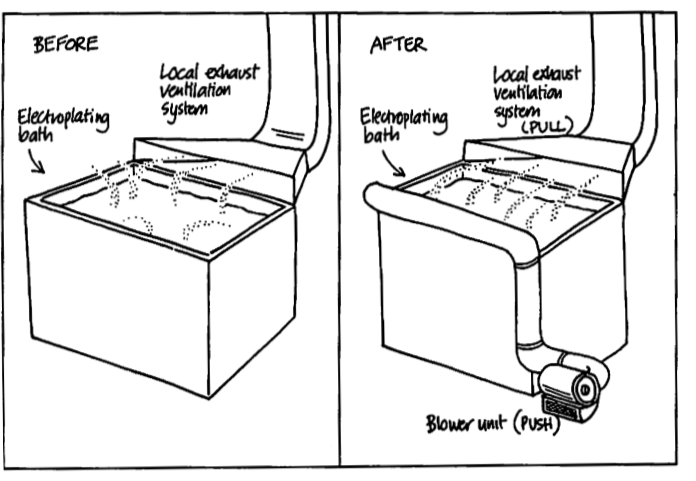 In short the fabrication and maintenance of a ‘push-pull’ extraction system requires attention to detail.