Mixing machines are widespread throughout industry. They are used extensively in the food industry for producing meat and dough products.

The potential hazards have long been recognised with the use of mixing machines. The operator could become entangled in the mixing blade or revolving spindle.

One company who recognised the hazards incorporated a high standard of safety in the design of a guard to prevent risk of injury to the operator.

The major hazard was seen as the high speed rotation of the shaft. It was decided to design a cage with an access area which would provide an unobstructed working passage and when fully enclosed, isolate the work undertaken from the operator.

A Programmable Logic Control circuit was incorporated into the design to ensure that the work is fully enclosed and inaccessible until the machine has completed the operation.

Other design features include:

An emergency stop button and warning lights are also included in the design. 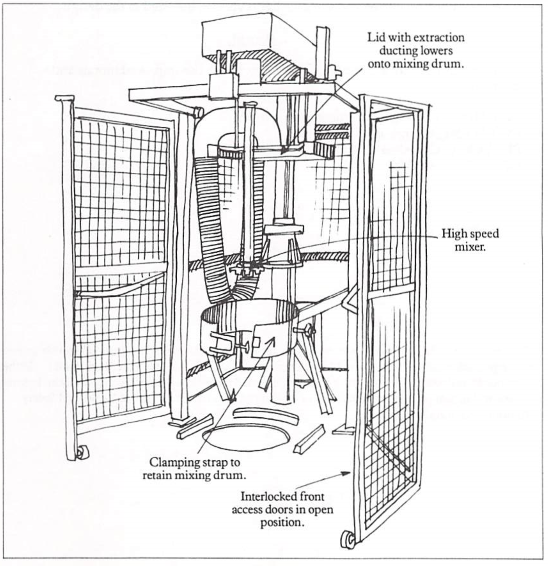