Workers were consulted on the design of a guard which would provide total safety and enable the machine to operate fully.

A guarding system was developed which is a mixture of fixed and interlocked electro-mechanical guarding. At the front of the machine a sliding counter-weighted polycarbonate screen has been built over the nip points of the rotating rollers. This guard can be raised, but when raised magnetically a low speed dial is engaged. 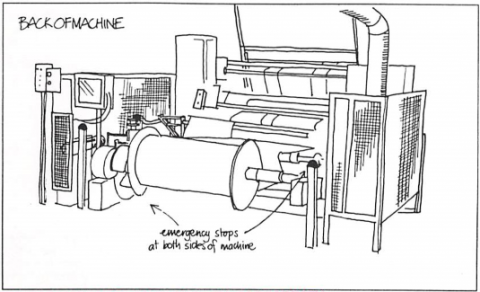 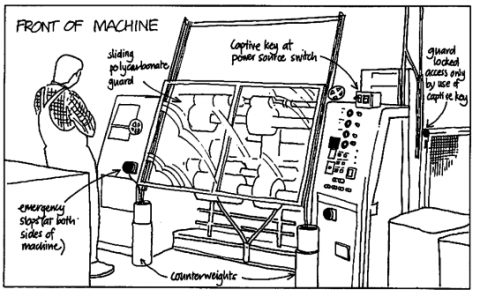