Equipment substitution eliminates the use of chemicals in mushroom production

Wooden trays (measuring 1800 x 1200 200 mm) are used by mushroom producers to cultivate mushrooms in beds of compost. The wooden trays quickly decompose because of the environmental conditions and the action of mushroom mycelium. The empty trays were chemically treated with a sodium penta-chlorphenate solution. The process for treating the trays was performed by either spraying, brushing or dipping the trays in the chemical solution.

Employees performing this task, using any of these methods, were exposed to the chemical by inhalation, ingestion or absorption (either indirectly through handling the wooden trays or directly by eye or skin contact with the product). Pentachlorophenol a constituent of Sodium penta-chlorphenate salts, is known to cause dermatitis and irritation of the eyes and mucus membranes.

In searching for a solution several alternatives were examined. At first, automated tray dipping processes were trialled unsuccessfully. Secondly, an alternative chemical product was sought to replace sodium penta-chlorphenate, however this approach still required the use of chemical products with some degree of risk to employees. The solution was to control the problem at the source by eliminating the need to use chemical treatments at all. This was achieved by protecting all wooden trays with a plastic coating. The coating provides a physical barrier for the timber trays against the effects of the environment and fungi. 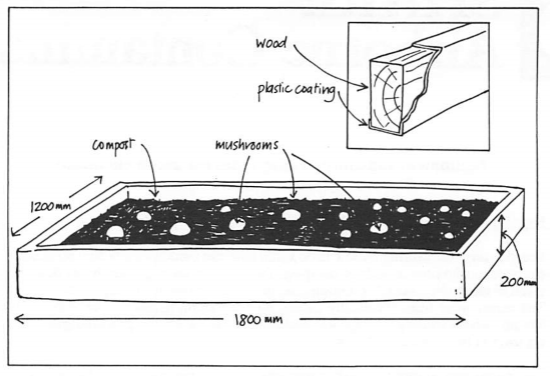 Elimination of the hazard via equipment modification